The Stations of the Cross – 14 April – Palm Sunday, Year C

Begin with an Act of Contrition

V. Adoramus te, Christe, et benedicimus tibi.
R. Quia per sanctam Crucem tuam redemisti mundum.
V. We adore You, O Christ and we bless You.
R. Because by Your holy cross, You have redeemed the world.

JESUS rises, though wounded by His fall, journeys on, with His Cross still on His shoulders.   He is bent down but at one place, looking up, He sees His Mother.   For an instant they just see each other and He goes forward.

Mary would rather have had all His sufferings herself, could that have been, than not have known what they were by ceasing to be near Him.   He, too, gained a refreshment, as from some soothing and grateful breath of air, to see her sad smile amid the sights and the noises which were about Him.   She had known Him beautiful and glorious, with the freshness of Divine Innocence and peace upon His countenance; now she saw Him so changed and deformed that she could scarce have recognised Him, save for the piercing, thrilling, peace-inspiring look He gave her.   Still, He was now carrying the load of the world’s sins and, all-holy though He was, He carried the image of them on His very face. He looked like some outcast or outlaw who had frightful guilt upon Him.   He had been made sin for us, who knew no sin, not a feature, not a limb but spoke of guilt, of a curse, of punishment, of agony. 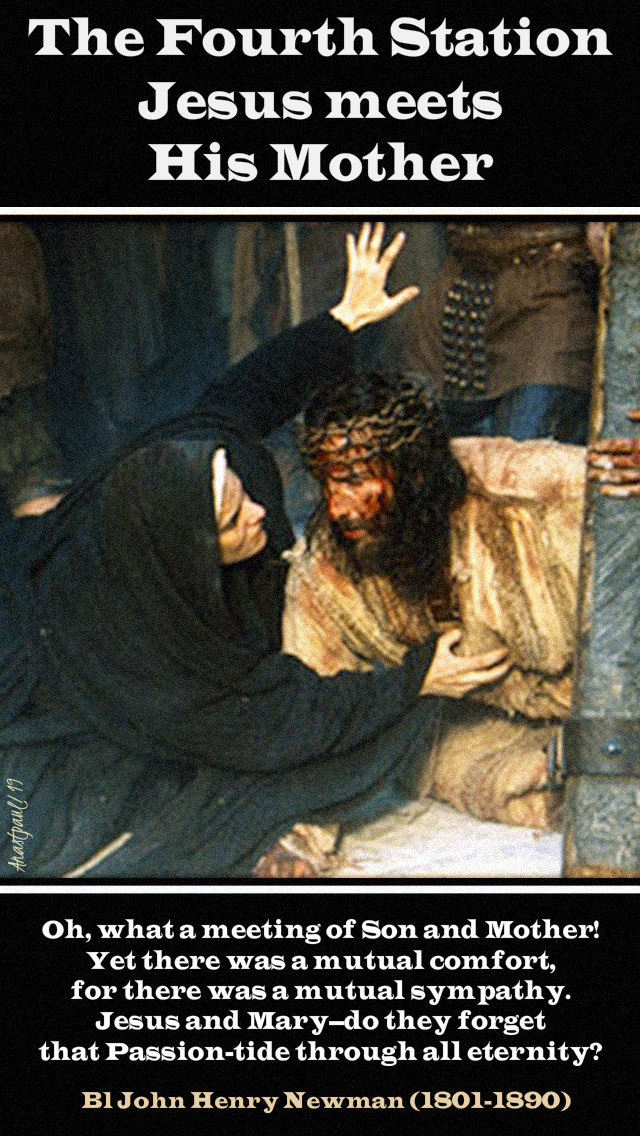 I love You, Lord Jesus,
my love above all things,
I repent with my whole heart
for having offended You.
Never permit me to separate myself
from You again
grant that I may love always
and then do with me
what You will.
(St Alphonsus Liguori)

Our Father, Hail Mary, Glory Be 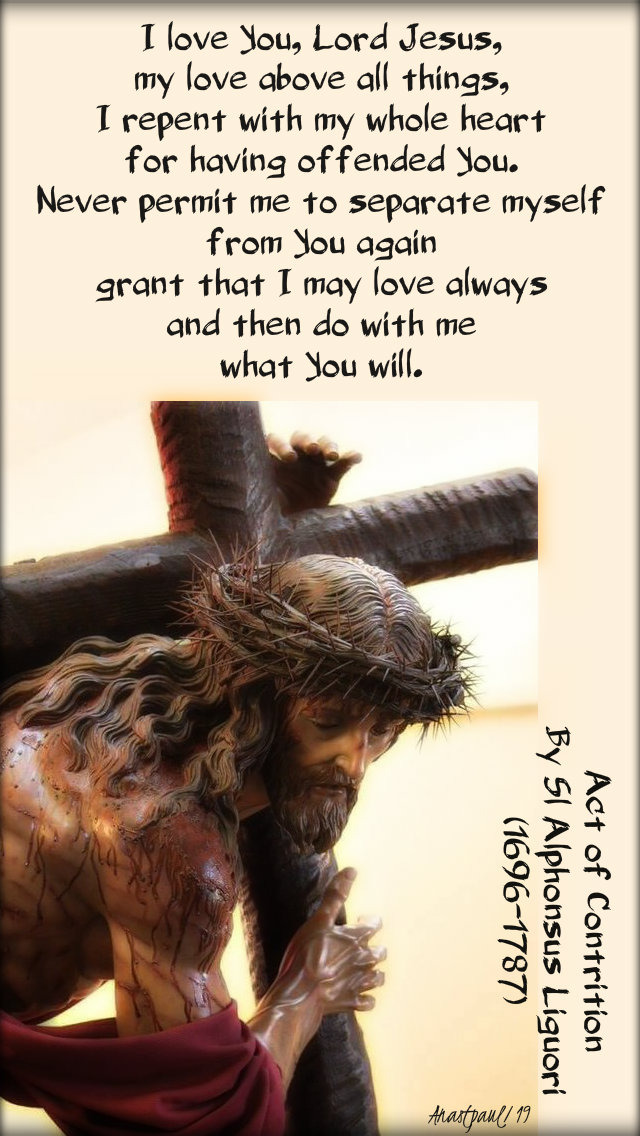