“Now let the heavens be joyful,
Let earth her song begin.
Let the world keep triumph,
And all that is therein,
Invisible and visible,
Their notes let all things blend,
For Christ the Lord is risen
Our joy that hath no end!” 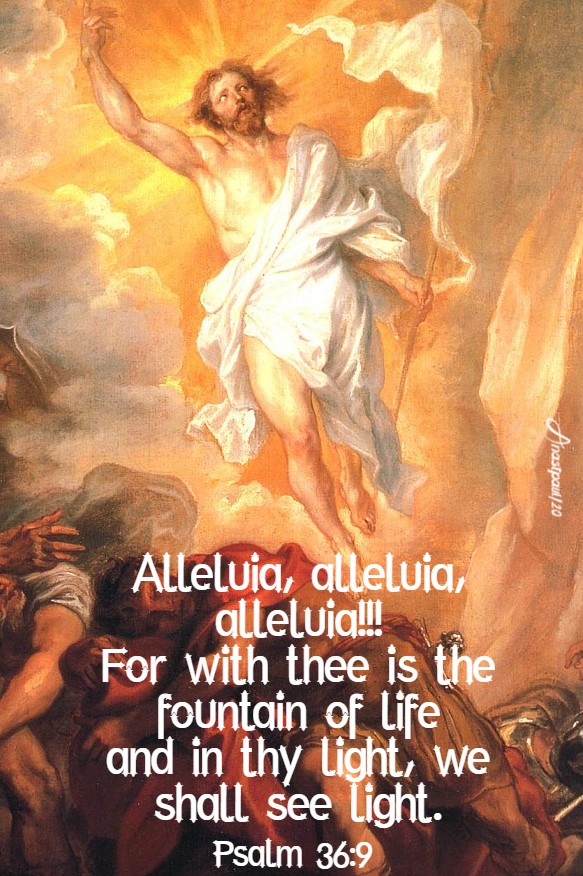 St John Chrysostom (347-407)
Father and Doctor of the Church

“There is just one Name in the whole world that lives –
it is the Name of One who passed His years in obscurity
and who died a malefactor’s death.
(Two thousand yeas) have gone by since that time but still It has It’s hold upon the human mind.
It has possessed the world and It maintains possession.
Amid the most various nations, under the most diversified circumstances,
in the most cultivated, in the rudest races and intellects,
in all classes of society, the Owner of that great Name reigns.
High and low, rich and poor, acknowledge Him.
Millions of souls are conversing with Him,
are venturing at His word, are looking for His presence.  Palaces, sumptuous, innumerable, are raised to His honour.
His image, in it’s deepest humiliations,
is triumphantly displayed in the proud city, in the open country,
at the corners of streets, on the tops of mountains.
It sanctifies the ancestral hall, the closet and the bedchamber,
it is the subject for the exercise of the highest genius in the imitative arts.
It is worn next to the heart in life, it is held before the failing eyes in death.

O fulfil Your Resurrection in us
and as You have purchased us,
claim us, take possession of us,
make us Thine.”
Amen 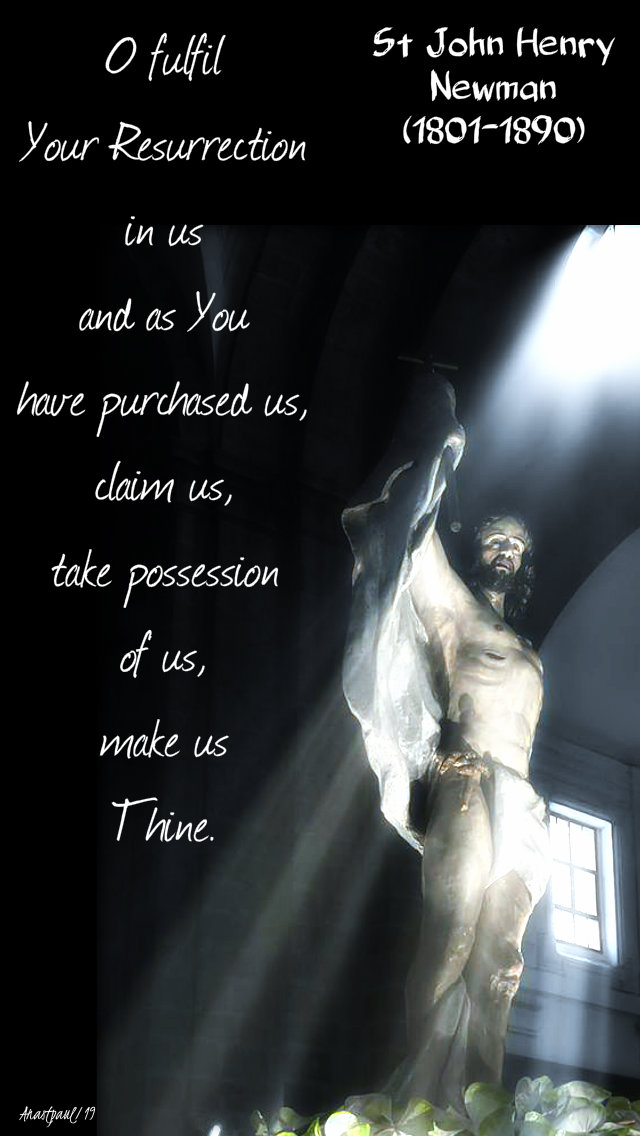 “It seems as if the human world
has no doors opening toward God.
It is locked in upon itself.
It is a prison, a house of the dead.

[BUT TODAY] …
The Door is open
It is called
Jesus Christ”

Seek That Which is Above